A stray dog can lack a lot of things: food, a secure shelter, timely medical care. But without a doubt, what any homeless animal misses most of all is having a family that loves it, takes it home, and to whom it can promise its fidelity forever.

Despite the fact that every day, there are more organizations and foundations that fight to offer a better quality of life to our adorable furry ones, unfortunately we continue to see abandoned puppies that in a matter of time become strays.

Our protagonist is one of those little dogs that for a long time wandered from street to street in order to survive until he understood that with luck, only a kind woman could change his life forever. 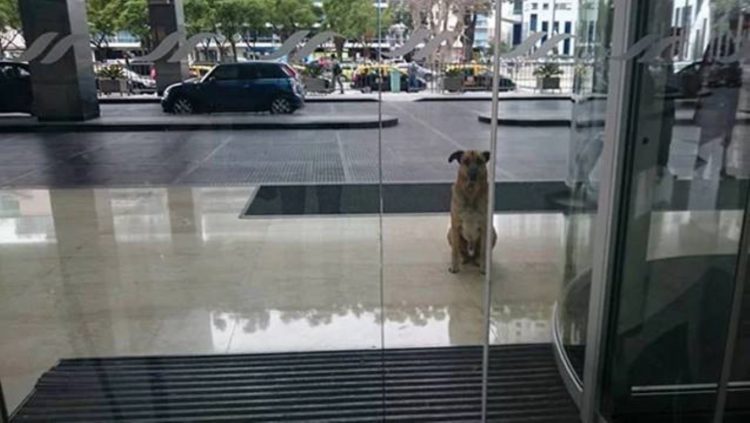 Rubio is a homeless puppy who lived on the streets of Puerto Madero, in Buenos Aires, Argentina.

He waited patiently for a woman in the hope that she would at least come back to look at him and with a stroke of luck, she would take pity on him. But what he achieved was much more than that…

The lovable Blond won the heart of Olivia Sievers, a German flight attendant. Every time she arrived from the flight she met him at the gates of the Hilton Hotel, where she was staying.

Olivia was not only struck by love, but she did not hesitate to adopt him and take him with her to her native country.

Rubio seemed to sense every time the stewardess arrived and waited for her outside the hotel. 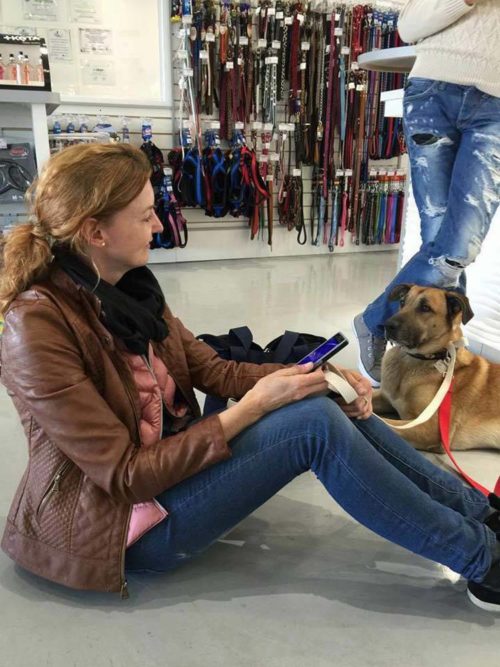 The puppy was willing to give love, it seemed that he knew very well when Olivia arrived in Argentina, because he always waited for her outside the hotel and disappeared when the young stewardess left.

“The first time I remember, I tried to change my course because I didn’t want Rubio to follow me to the hotel, but he was always watching me and following me,” the woman said.

Olivia, receptive to the caresses of such an adorable puppy, filled him with cuddles and fed him; she couldn’t take him to the bedroom, so she rewarded him every time she saw him. However, the woman’s generosity went much further.

A wonderful gesture worth admiring. 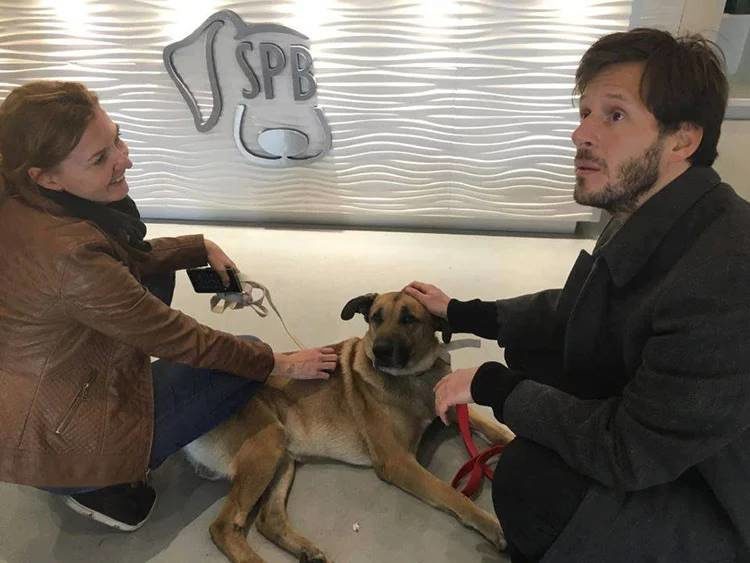 Olivia contacted Pets Puerto Madero Responsible Adoptions, she wanted to get him off the streets and left him in the hands of this organization while she looked for a definitive solution.

The beautiful little furry was taken to a temporary home, where he received all the attention he needed and enjoyed all the comforts he had been limited to.

But Rubio, mischievous and faithful to his tradition of waiting for the woman who filled him with caresses, escaped to wait for Olivia outside the Hilton Hotel.

A tradition that lasted for a while until Rubio made his dream come true. 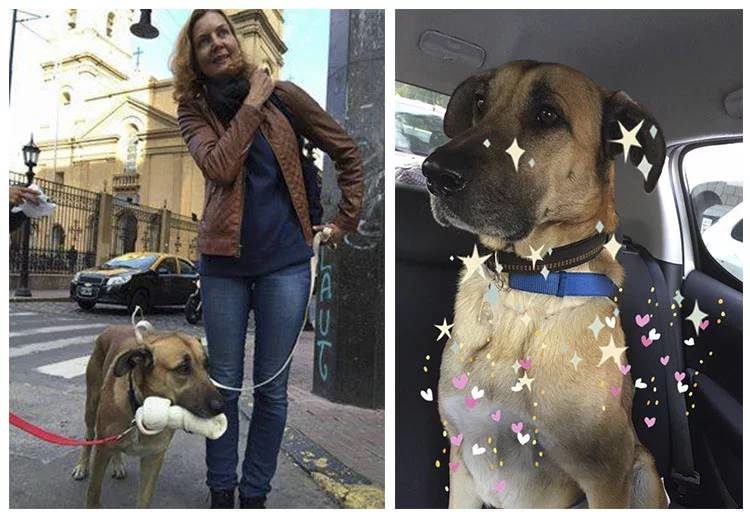 After the emotional act, Olivia decided to take him to Germany; she was surely destined to be his human mother and she would do her best to take him home.

So she carried out all the legal procedures no matter how long and bureaucratic they were. But that she would never go to her country without Rubio, that was certain.

Now she shares with her other puppies and enjoys a beautiful garden where they can have fun while her human mother is away working. 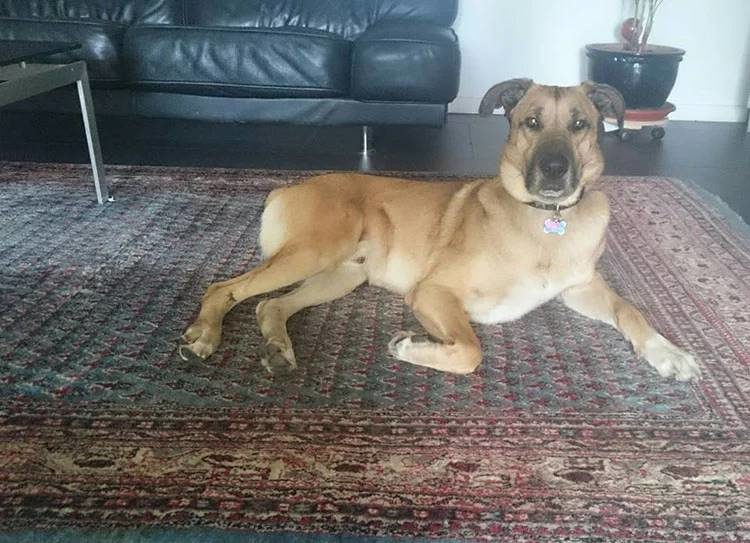 To close this beautiful love story with a flourish, Rubio managed to get along very well with the other puppies. Their meeting was so emotional that it seemed that they knew each other from other lives and this was the opportunity to meet again and enjoy the lost time.

Rubio has been Olivia’s darling for 5 years 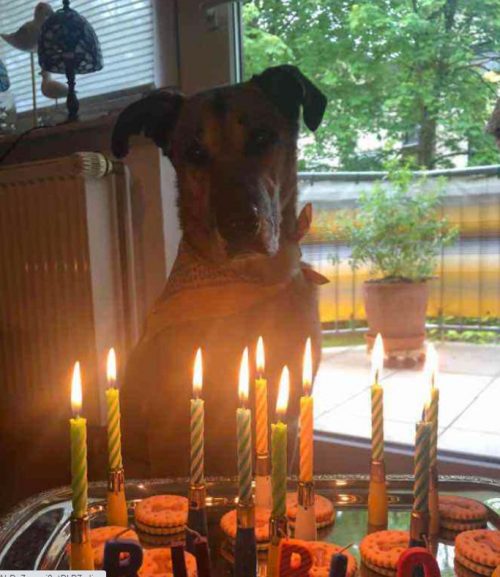 Thanks to Olivia who took a puppy off the streets and decided to give it a better life! The world needs to imitate such compassionate acts with the little animals that only beg for a little love. 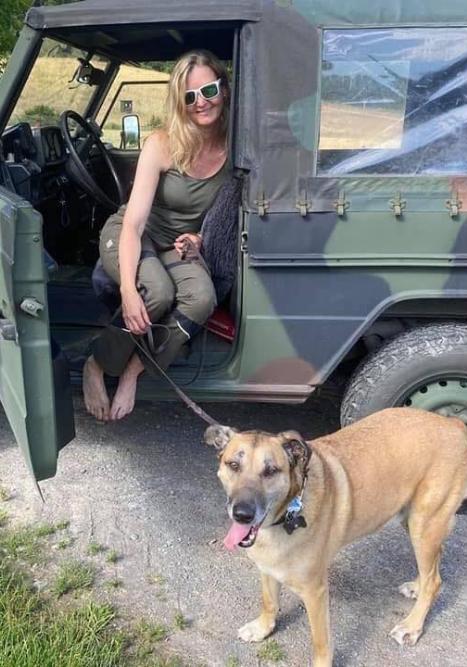 May Rubio’s story motivate us to do much more for any abandoned animal. They will pay us handsomely! 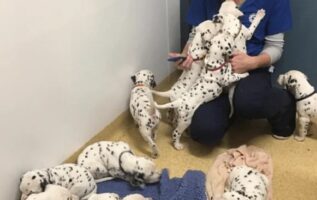 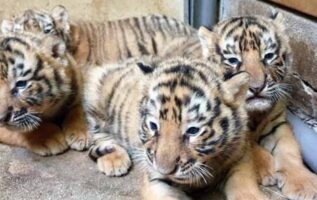 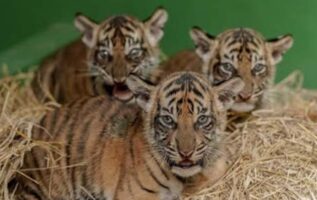 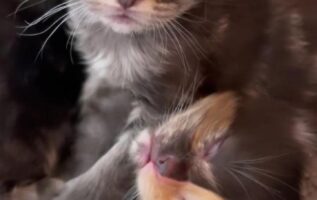 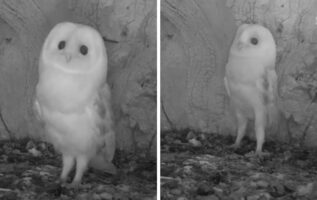 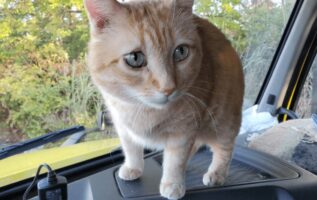