Nature surprises us with countless really moving scenes and this time a sea lion has starred in a curious encounter that fills us with emotion. It is about the singular moment that a diver lived with the affectionate animal, which seems to be taken from a Disney tale. 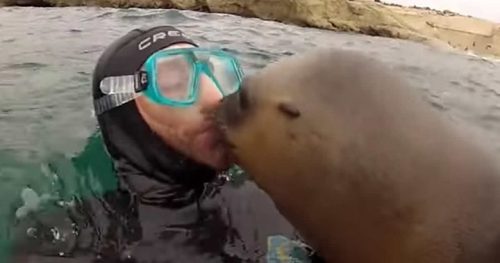 Sea lions are considered by many to be the cubs of the ocean, as they have a rather docile and playful personality. Although we should not forget that they respond to their instincts and for that reason it is better to always be cautious before them.

However, the love of this sea lion in particular was experienced firsthand by a group of Argentine divers who have been enormously surprised.

The little animal approached them to greet them.

The incident occurred in Puerto Madryn, a coastal city in northern Patagonia that is considered the diving capital of Argentina. From there visitors can enjoy the rich marine diversity and the splendor of nature.

This is indeed an exchange with the ecosystem. 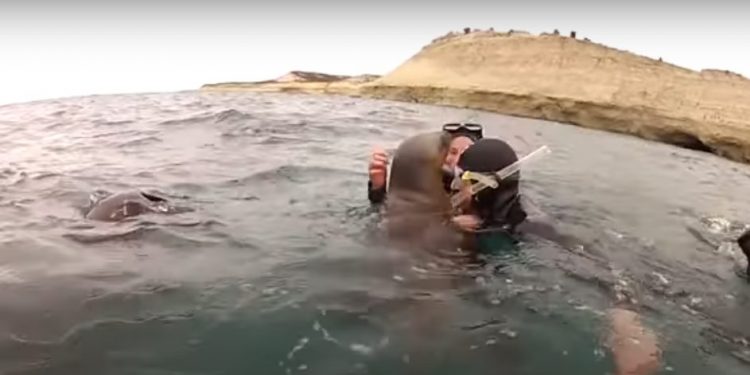 What the group of divers did not imagine is that when they submerged into the sea they would meet a particular and especially curious family.

The diver Julián Bala recorded the moment when a sea lion approaches him, especially inspecting his lenses, it seems that the blue color of the frame caught his attention.

Then the sea lion decides to kiss him. 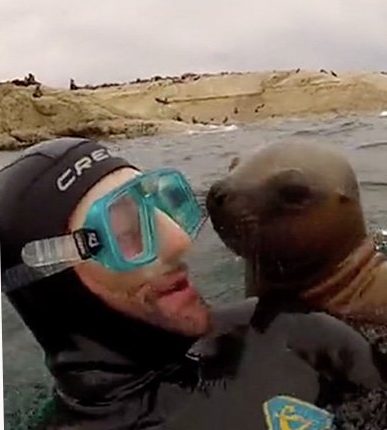 The restless creature throws itself at Julian and aims straight for his face, stealing kisses on more than one occasion.

At first the matter may have been a simple mistake of the animal but he repeats it happily, it was a tender demonstration of love for his new friend.

The confident little animal made everyone fall in love with its charms. 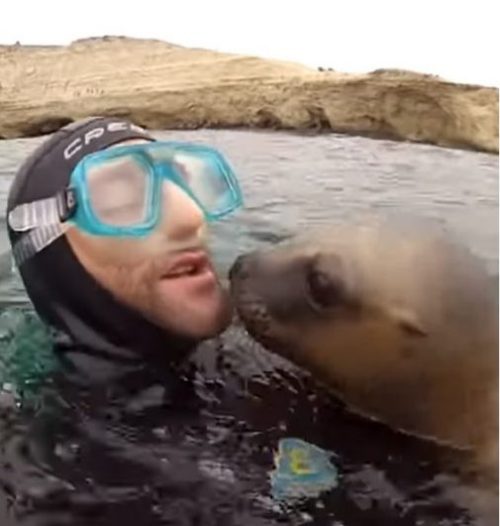 The recording lasts a few seconds but reveals how friendly and trusting these animals can be.

Some users on the networks showed that this feature can be a disadvantage for creatures when they run into people with bad intentions.

Fortunately, this was not the case. 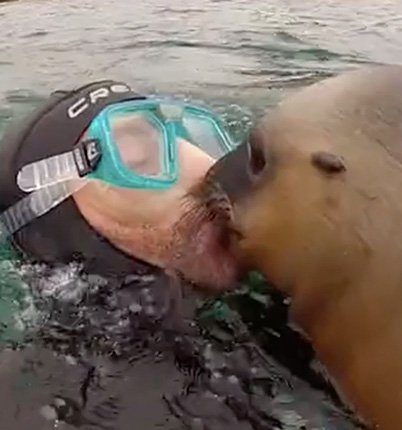 The man the animal kissed insistently was just a diver, whose sole intention was to enjoy and record the moment. 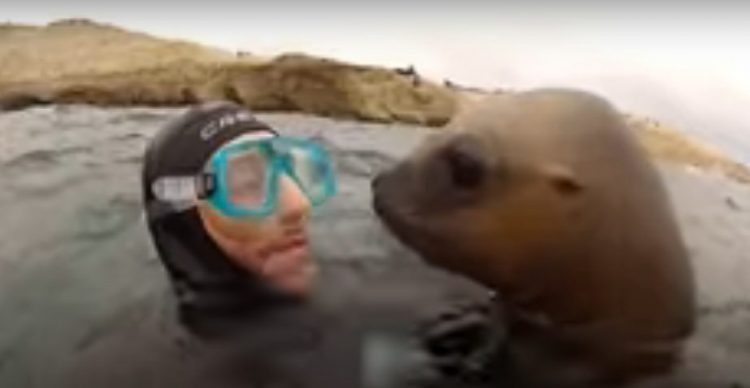 Therefore, he decided to share the peculiar encounter on his Facebook. That publication did not reach as many views, until the moment it was broadcast on the fan page of Ocean Reality, an organization that works for the conservation of marine life in Southeast Asia.

Thousands of users enjoyed this moment.

Although the video was recorded in Argentina and not in an Asian country, without a doubt, the sea lion demonstration was worthy of being shared by the organization.

It is thanks to that that now the face of this little one has gone viral. 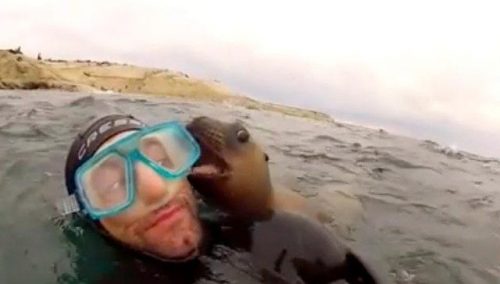 This is not the first time that a sea lion or seal stars in a tender scene like this, because they really are quite friendly creatures.

But without a doubt, the insistence of this little boy in showing his affection to that stranger he met at sea, moved many and that is why the video has obtained thousands of reproductions.

This meeting will remain forever in the memory of Julián and his friends, but it is important to remember that an adult sea lion can reach up to 300kg in weight. For this reason, you have to know that no matter how cute they look, they will act aggressively if they feel threatened and that is why it is worth keeping your distance.

The best thing is always to enjoy these friends responsibly and let them live free in nature. That is also a way to take care of yourself and take care of them. 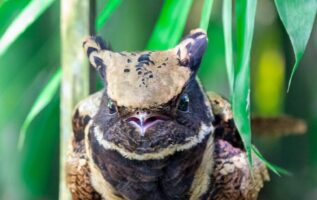 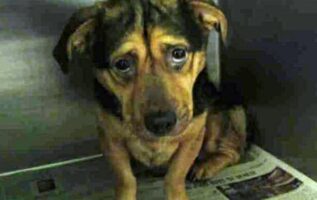 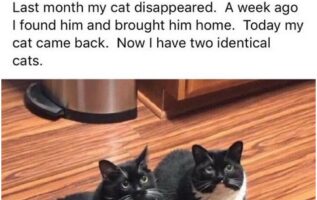 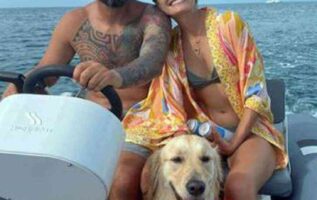 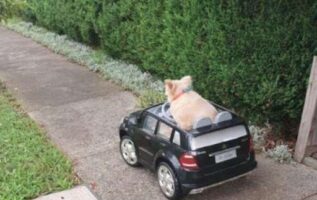