In the Colombian town of Chibolo, a woman came across an extraordinary bird on a fence…The woman, who initially thought the still creature was a piece of wood, noticed the rare potoo bird when she approached the wall. Images of the woman who recorded those moments attracted attention.

An unnamed woman in the town of Chibolo in the Magdalena region of Colombia came across an unusual bird on wooden fences.

The woman, who initially thought the dormant bird was a piece of wood, realized that the creature she saw was a rare potoo bird when she approached the fence. 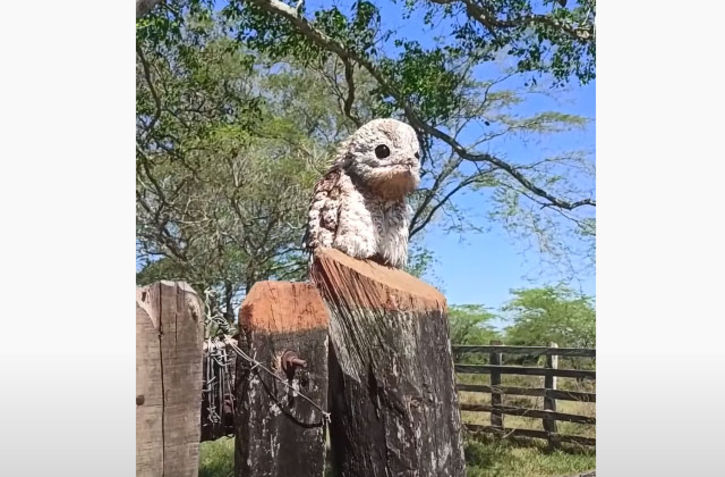 The woman recorded the creature, also known as the ghost bird, on her cell phone as soon as she saw it. Images attracted attention on social media.

The person recording the images said, “When I first saw it, I thought the bird was a piece of wood, but when it moved, I approached it. Later, when the bird opened its eyes and mouth, it scared me. I decided to record what I saw because I found the bird strange. When I approached, I raised my hand, and it opened its mouth in response.” said.

Stating that she had visited the farm five times before but had not encountered such a creature, the woman said that the neighbors heard a distinctive voice. 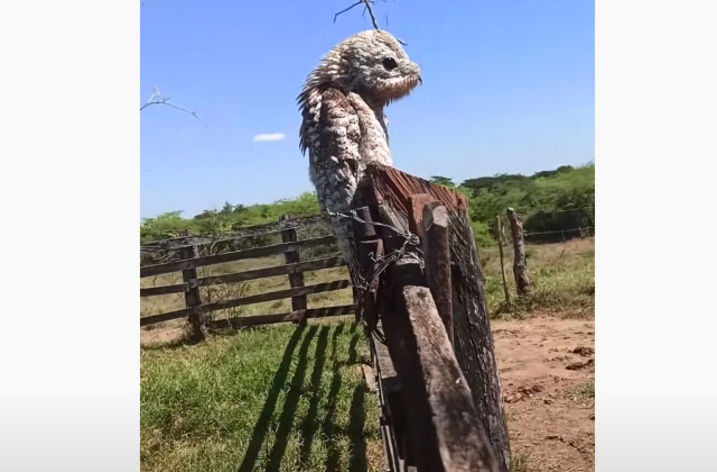 USING THE CAPABILITY OF CAMOUFLAGE TO BE HIDDEN FROM HUNTERS .

Spreading across the Southern Hemisphere, the potoo bird uses its camouflage ability to hide from predators.

This creature, also known as the ‘ghost bird’, hunts at night, and during the day, it is camouflaged thanks to its feathers similar to the color of tree bark and can sleep safely in the trees.

The potoo bird has eyes that provide excellent night vision. The slits in the eyelids help predators perceive their movements even while they are sleeping.

These birds, which are usually placed on broken tree branches or wooden poles, do not nest. He hides his eggs in the hole he dug in rotten bark. 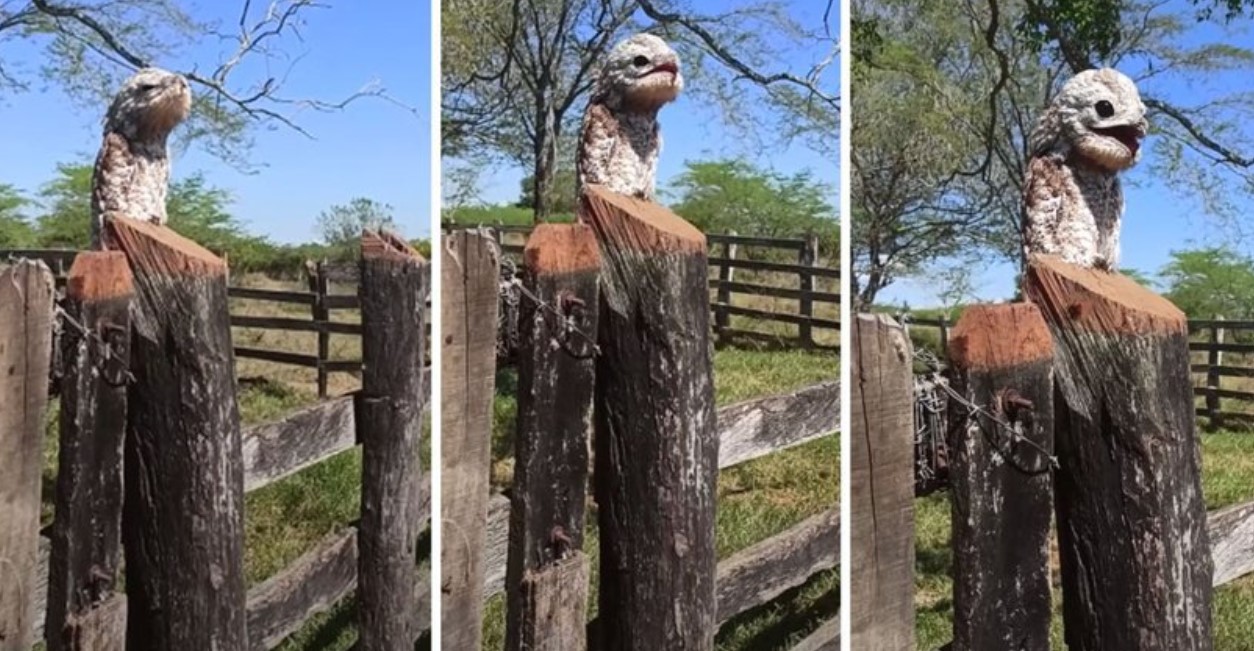 Potoo birds, which are very hard to notice, feed on flies and insects.

Fossils of these creatures, which are about 38 centimeters long, have been found in Germany and France. But they no longer live in Europe today. 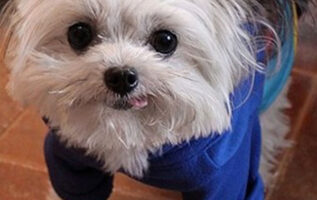 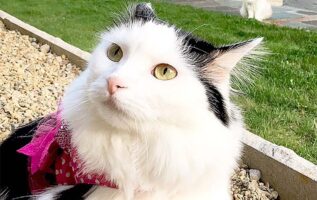 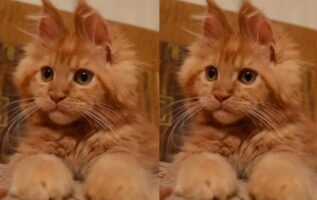 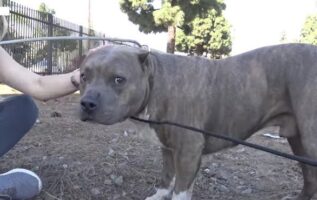 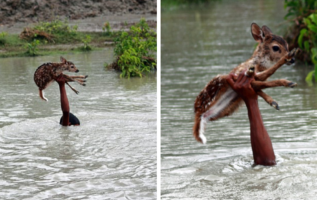 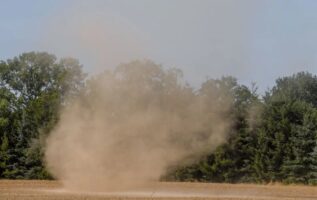